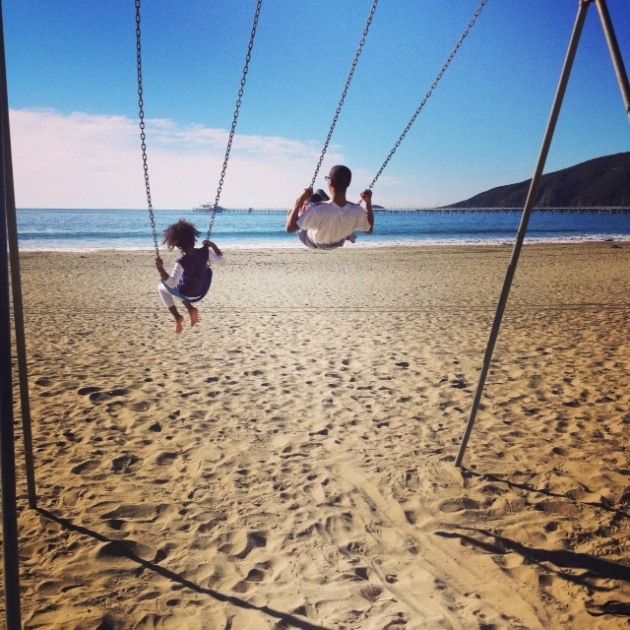 Enjoying the view at Avila beach!

This Thanksgiving was spent with my family in California, not just anywhere in California but San Luis Obispo, which is one of the cutest towns there is!  It was a last minute trip that couldn’t have turned out better!

As I reflected on my trip I thought I’d share the moments and things that I am most grateful for (in no particular order)!

I hope your holiday was extra special and was spent with those you love!

Last night I went to bed to the sound of rain tapping on the roof!  This morning I awoke to the same gentle tapping.  I will slow down today and enjoy the soothing that the rain has on my soul! For the rain, this morning, I am grateful! 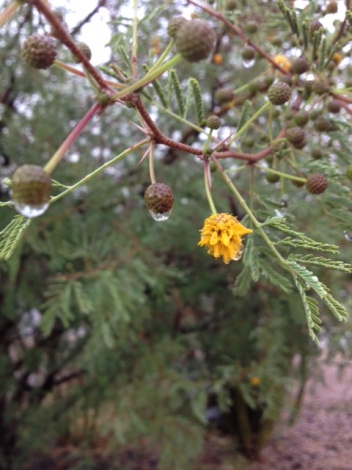 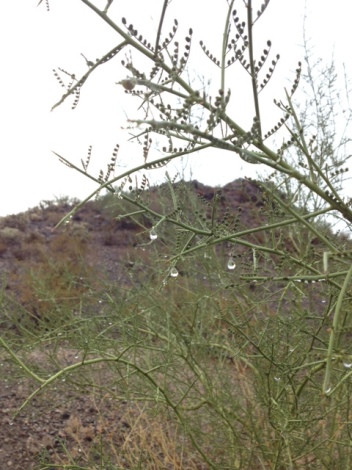 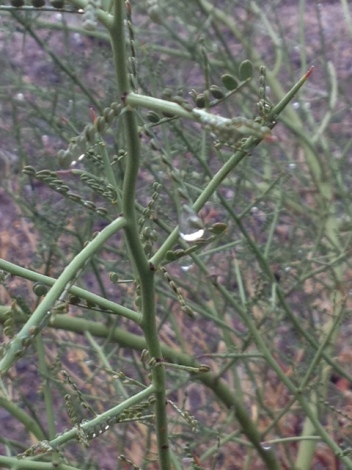 Q: What do you get when you come across an African tortoise crossing the road?

A: An African tortoise as a pet for a couple of weeks! 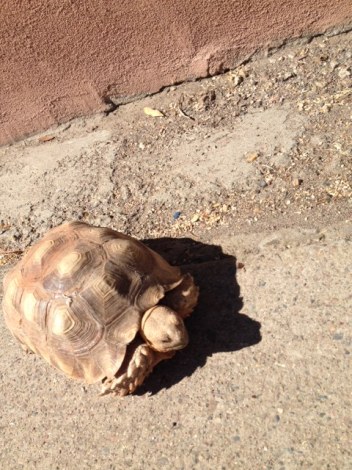 A few weeks back my son and daughter were out for a walk and came across a tortoise crossing the road!  Mind you, this isn’t’ the first time we have come across a tortoise crossing the road but this time we brought her/him home!  We had no idea if this was a pet or a tortoise that was indigenous to the state and our area specifically.  So we did some research and decided that more than likely this was someone’s pet.

While trying to track down the rightful owner, and going back and forth on whether or not to just keep the tortoise, after all I really really enjoyed her/him, I learned a few things from having the tortoise in my backyard.

Tortoises have a calming effect!

Having the tortoise created a calm in me that I found quite nice!  I could be doing dishes at the kitchen sink or hanging clothes on the line and just smile when I saw her come out of hiding.  She literally would stop me in my tracks!  I enjoyed watching her as she moved effortlessly around the yard and would stop to enjoy a few minutes of sunbathing or munch on the grass.  She didn’t seem to have much to worry about and took the dogs trying to figure out what she was, in stride! 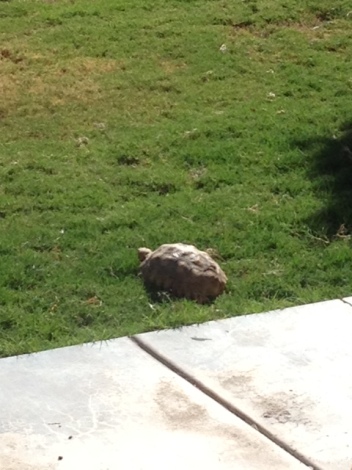 Learning about African tortoises was fun!

I didn’t know much about African tortoises and having the tortoise became a learning experience for the kids and me!

–  Who knew that a five pound tortoise could produce poop the same size as a 20lb dog!  My son quickly realized he wasn’t sure he wanted to pick up poop times three!

–  We learned that the tortoise we found was a girl.  If the under belly of the shell is convex, or goes out away from the center of the body, it’s probably a female.  This makes way for the egg.  If the shell is concave, going in towards the center of the body then the tortoise is probably a male.  This makes way for easier mating!

–  They enjoyed the water!  We would give her a little time each day in a water bath so she could sunbathe and get replenish her fluids!  She drank more water than I realized! 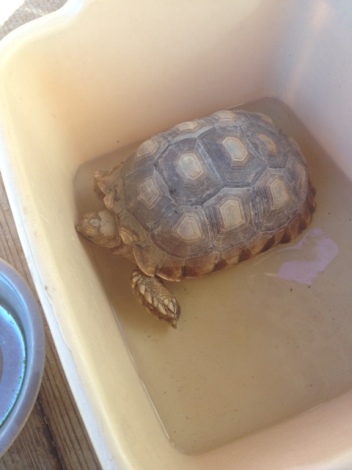 After a few weeks we did find the rightful owner.  It turned out to belong to a neighbor who lives on the next block down from us!   Talking with the owners, whom we had only ever waved to while driving down the street, was also an experience as we learned we had a lot of the same interests in common.  While we were sad to turn our new tortoise friend over (aka Tonka), we were happy to put her back with her rightful owners and meet new friends along the way!

Til next time, be well!

The simplest things bring the most happiness!

I hung a clothesline a few months back.  I live in Arizona so clothes on the line can dry in half the time it takes in the dryer.  It not only cuts the costs of my electric bill but it also keeps the house from heating up.  Most Arizonians spend a lot of time and money to keep the house cool!  Neither of those reasons was my main reason for hanging the line though.  I was looking for, and found, a sense of simplicity.

Hanging clothes on the line reminds me to slow down.  It’s time I can take to be outdoors, usually the kids follow so it turns into a family affair!  It always makes me smile seeing the clothes gently blowing in the breeze, and listening to the wind chimes make gentle music!

It is one of the simplest things I have done that brings me such joy! 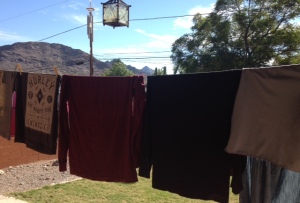 ‘Drink your tea slowly and reverently, as if it is the axis on which the world earth revolves – slowly, evenly, without rushing toward the future. Live the actual moment.’ ~Thich Nhat Hanh

My 15 year old is a dancer.  He has always enjoyed the arts, and dance and acting are his passions.  Until this year he only took one or two dance classes a week. This past August he took a wonderful opportunity and joined the dance company.  What that means is he will be competing at conventions throughout the year.  What that also means is, 3-4 hours of rehearsal 4-5 days a week. If you can imagine, this hasn’t added simplicity to my life by any means.  Most evenings I actually feel a little crazy getting dinner on the table, rushing out of the house to get him to rehearsals with dinner dishes waiting for me to get back to them, because they will be waiting!

He wants to be a professional dancer/performer and him taking these classes are a great benefit and will help him get closer to his goals.  I am grateful for this opportunity he has to learn and grow as a dancer!

However, I long for the nights we can stay home and perhaps play board games, ok maybe just get the kitchen cleaned before 10pm and get to bed before 11!
I am not complaining, just wishful thinking!

I know the kids are young for such a short time and before I know it he will be driving and won’t rely on me for so much. Until then I drive breath!  I breathe in, I breathe out and try not to lose my mind in the process!
Until next time, be well and breathe!

I have always been rather frugal growing up, or so I thought.  In hindsight I can see that I wasn’t so much frugal as I was just an average American who probably had a similar relationship with money and debt as most people.

I always worked and saved but I also had debt.  My first two cars were starter cars that were paid for with cash that I earned from my summer jobs in high school.  My third car was a brand spanking new Toyota Tercel that I loved and financed.  This was my first step toward going into debt to pay for things that I “needed”, I had a credit card in college and I also racked up student loans.  But I always had money in my savings account and paid my bills on time.  So in hindsight I wasn’t frugal, I was normal.  And come to find out, normal sucks!

Over the past 10 years I have made really good money.  During that time I was a single mom of a wonderful little boy, who is now 15.  I made good money but when you owe everyone, it can seem like a struggle.  Actually it was a struggle.  Almost 4 years ago I added to my family, with a beautiful little girl.  And one year ago, after much thought and planning, I quit my corporate job to stay home with my kids and make a go at being a full time yoga instructor.  So long to the days where I drove 45 minutes each way in traffic only to leave my daughter in daycare so I could go to a job I didn’t like and sit in a cubicle for 8 hours a day to pay for things that I didn’t need.  Of course it helped pay for the things I did need, like a roof over our head and food on our table but I’d figure that part out, I had a plan.  I wanted a simpler life and I was going to make the necessary changes to get there.

I knew I had to stop the bleeding and get rid of as much debt as I could before I made the leap.  So, I paid off my credit card and sold my car that I owed money on and purchased a used car with cash.  Oh, and I cut the cable cord!  I wish I could say that just those small changes were all that I needed to make ends meet.  It helped but there is a lot of work to be done.

I love what I do!  I love sharing my love of yoga with my students.  I love being home with my kids.   I am still working on pulling it all together and making a living while enjoying life, without the stress.  I am determined to not go back to the cubicle.  So this is my journey!

I follow many minimalist blogs to get creative on ways to cut spending and slow down to enjoy life more.  This blog will be used to pen my journey as I move through my minimalism, and what that means to me, as I find balance and my happy place while raising 2 lovely children!